Back in December I had all these plans about blogging all about my experience this year training for my first iron distance triathlon. Well, now it’s May and I haven’t done anything. 🙁 I suppose, thought, that now is as good as time as any to start.

So, what’s happened since my last blog post? First, I trained for and ran my first marathon: the Raleigh Rock-n-Roll Marathon. 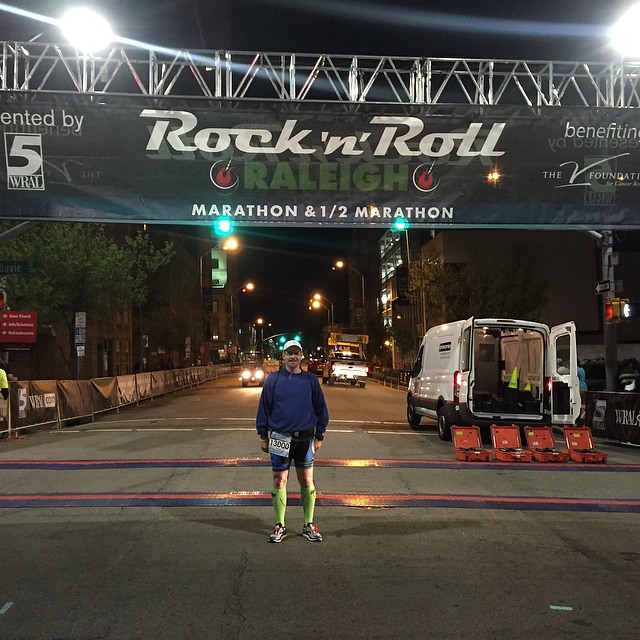 If you are thinking of doing a marathon for the first time, let me give you a bit of advice. Pick a different race. While I did the half last year and had lots of fun, and I had lots of fun this year too, I think the Raleigh course is just too hilly for a first marathon. I had hoped to finish in under 4:45 but with the hills I was lucky to come in under five hours. I just barely made it, crossing the finish line in 4:59:38. 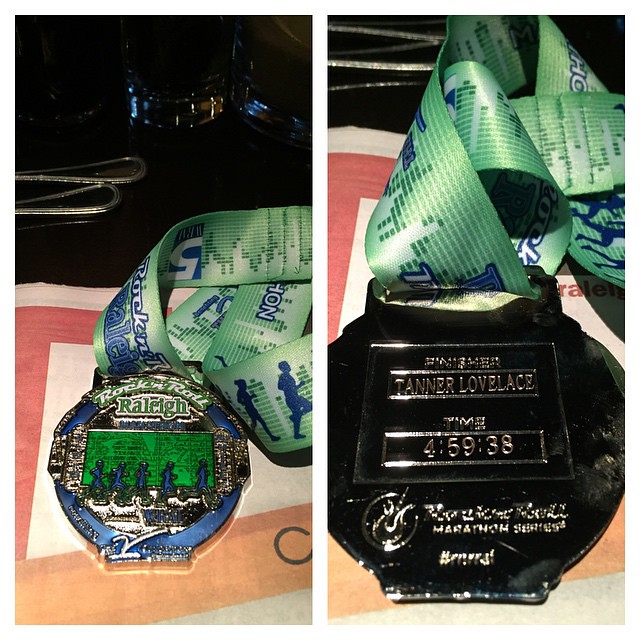 While I don’t plan on doing another marathon this year, except for my iron distance triathlon, I may look into doing another one next year and if I do I’m going to pick something flat. Either the Tobacco Road (although, maybe not since spectator support there is apparently very weak) or the Wrightsville Beach marathon. My Garmin 920XT seems to think I could to a marathon in under 4 hours but I think that would have to be on flat and perhaps 20 pounds lighter.

Anyway, at the moment, my next big race is the Raleigh 70.3. Unfortunately, I’ve had a few bumps in the road getting there. Just over two weeks ago, while heading out for a bike ride, I slipped and fell on the stairs in my garage and hit my arm. While I didn’t break it, I managed to end up with a hematoma the size of a chicken’s egg! This was possibly caused by the fact that I went out and did my hour long bike ride after the fall! In any case, I ended up in a sling for a week and then took it easy for another week and therefore lost two weeks of training! It’s just this week that I’m back to my training schedule.

This evening, I managed to get my first open water swim of the year in with a group that swims on Wednesdays and Fridays out at Falls Lake. I’m very glad I got out, even if I didn’t do that much because this Sunday I am signed up for the Jordan Lake Open Water Swim. I’m doing that in conjunction with the Inside-Out Sports Triathlon Club’s Raleigh 70.3 Preview ride so I will, in effect, get both a preview swim and ride for my upcoming half iron race at the end of the month. Never mind that I had two weeks off. I’m pretty sure I can do them both, I just won’t break any time records doing so.

After that, the next weekend I will be racing the Cary Long Course Duathlon. This will be my first ever duathlon and it will be interesting to see how it goes. I actually won an entry into this race at my triathlon club’s annual kickoff party back in Feb/Mar (so long ago I don’t remember exactly when it was!).  Again, I’m not expecting to break any speed records, but it will help me remember how to handle transitions.

The other big news since December is that my wife was diagnosed with breast cancer back in February/March. Now, any cancer is bad news, but since the diagnosis we’ve probably gotten the best news we could have possibly gotten. The cancer came back as only stage 1. It had not migrated to the lymph nodes yet. It was removed successfully via a lumpectomy. And, while she is currently undergoing radiation treatment and will then do hormone therapy afterward, she will not need to have chemotherapy. So, while we would rather she just not have gotten the cancer in the first place, we feel fairly blessed with how things have gone since then. That, obviously, puts a bit of strain on my training plans, but by and large I’ve been able to work around that. 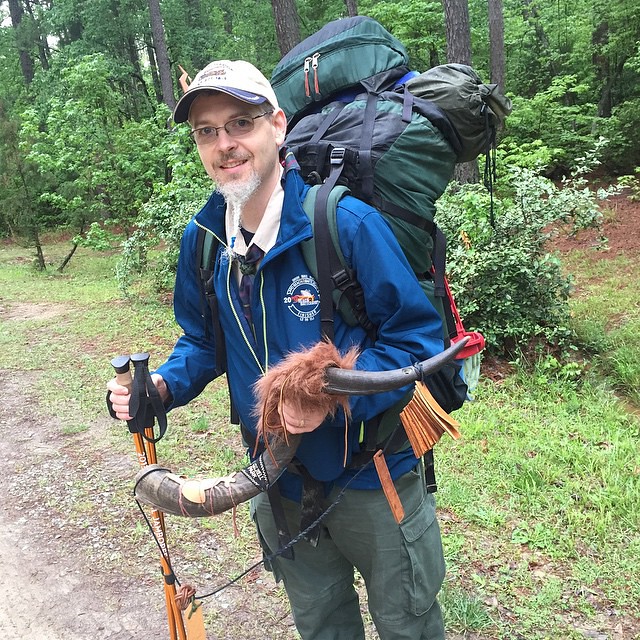 As part of that, I now have 18 months in which to accomplish some goals that I defined. All of my goals have to do with adding more STEM to my son’s Boy Scout troop. The Boy Scouts have a STEM program via a set of awards called Nova and Supernova. Unfortunately, at the moment, they aren’t well known and hardly anyone even bothers to do the requirements for them. I aim to chance that, for our troop at least.

I guess that’s enough for the moment. Hopefully I’ll be able to keep this up and start regularly reporting on my race training. As soon as the Raleigh 70.3 is done I hope to retain the services of a triathlon coach in my quest to finish my first iron distance race: the Beach2Battleship full in Wilmington in October. While I have now run a full marathon, I have yet to swim 2.4 miles or bike 112 miles so getting there will be quite a journey.